This is a mythical animal from Ancient Egyptian and Mesopotamian art. The word “serpopard” comes from “serpent” and “leopard” combined, so named because the creatures bear the body of a leopard and a long neck like a serpent. The Mesopotamian version is more of a “serpent-necked lion” rather than leopard though, but I guess they didn’t want to call it “serpolion.” 😉

In ancient Egyptian art, it’s possible that the serpopard was a symbol of the “chaos” that reigned beyond Egypt’s borders. Serpopard are commonly depicted as being conquered or restrained, or attacking other animals in their artwork. 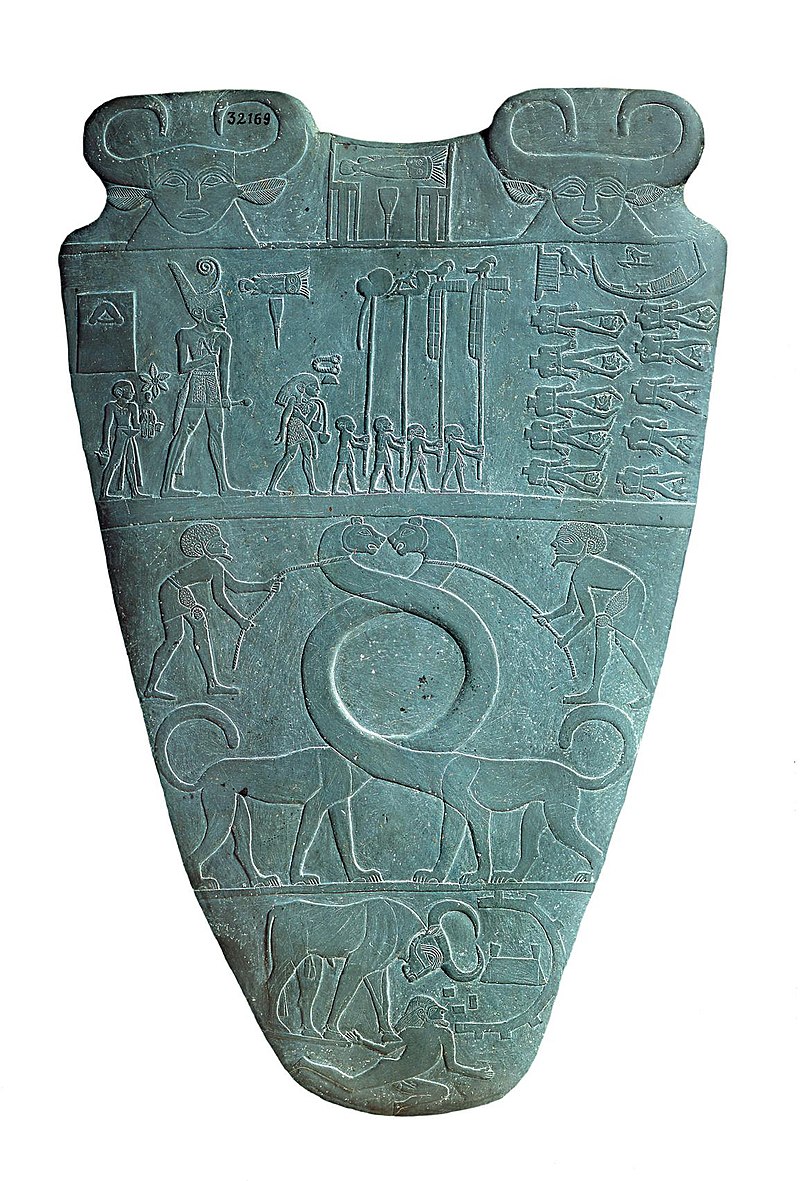 However, in Mesopotamian art it’s different. They are shown in pairs with intertwined necks; and the use of these “serpent-necked lions” are thought to be more like “manifestations” of their god of natural vitality. So their version of serpopard was more of a positive and good thing, unlike Egypt’s.

With two different cultures using a similarly long-necked large cat in their art, is it possible there ever was such a creature? Did they create them through breeding, just as we’ve created numerous species of dog?

Of course there’s always the argument that these long necks are a simple exaggeration for the sake of art. It does sound to me like they liked to be creative and use their imagination, much as we do today. I mean, who doesn’t love creating crazy, fantastical art of things we know aren’t real? But then these carvings show up:

Clearly the Egyptians knew how to accurately draw large cats and giraffes (as seen above), and yet they add this odd, long-neck creature alongside them (bottom left)… Some suggest this could be a representation of a dinosaur, like the sauropod. After all, many sauropod bones have been unearthed in those regions… It’s something to think about.

What’s your view on these serpopards? Are they based on fact or pure fiction?