Today we bring you a legend from American folklore (one I haven’t heard of until now) about a creature apparently more fearsome than any Bigfoot ever was, named the Hidebehind.

A nocturnal fearsome creature, one that preys on humans who wander the woods at night. Powerful and large, though none who have fully seen it have survived to tell us more. *shudders*

It was credited for the disappearances of early loggers when they failed to return to camp. The hidebehind was given its name for its ability to conceal itself: When an observer notices movement and tries to look at it, the creature hides behind an object so that it can’t be seen directly. It sucks in its stomach until its body becomes so slender that it can easily hide behind the trunk of any tree, making the woods a perfect hunting ground. 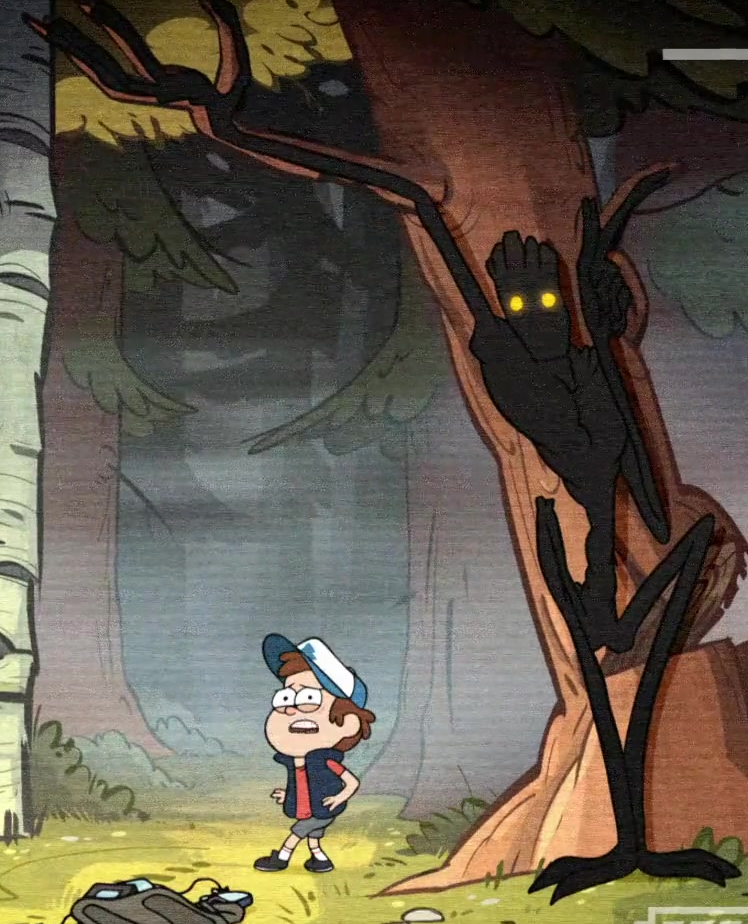 With this clever trick, hidebehinds can stalk human prey and attack without warning. Their victims, mostly lumberjacks who frequent forests, are dragged back to the creature’s lair to be devoured. Strangely enough, it’s said to have a severe aversion to alcohol. So keep some with you next time you go into the forest chopping down trees at night. 😉